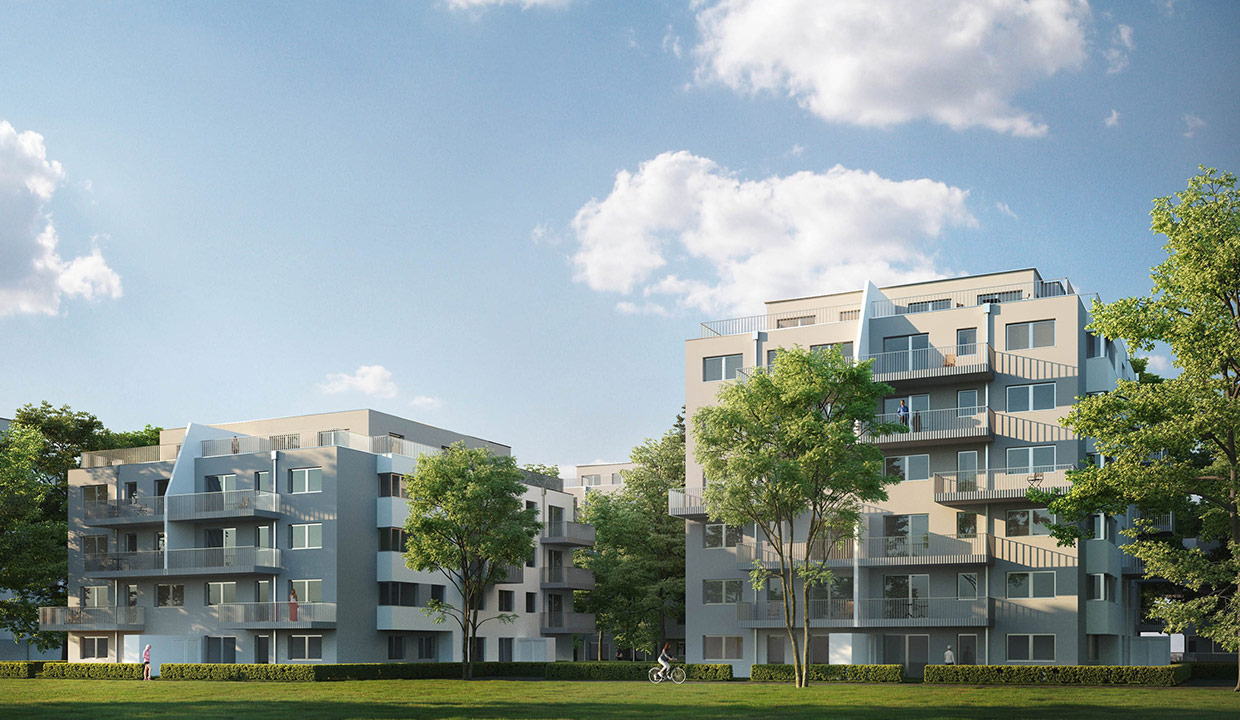 For the project on Laxenburger Straße, a former industrial and commercial site in Vienna's 10th district was reclassified for residential use. All buildings on the site, such as an office building, warehouses and commercial buildings, were demolished. The site stands out with its green location at the edge of the city and its proximity to popular local recreation areas such as the Wienerberg and Laxenburg Castle.

The site is located in the south of Vienna, is almost at the highest point of Laxenburger Straße and is surrounded by an allotment garden settlement with small-scale buildings. For this reason, even the apartments on the lower floors offer a distant view over parts of Vienna.

6B47 Real Estate Investors acquired the plot together with the property developer ÖSW. 6B47 has planned privately financed owner-occupied apartments at the site while ÖSW has solely planned subsidized rental apartments.

The project was sold to a project developer at the end of December 2019.