Serial conversion successes – the most important transformation projects of 6B47

There are site inspections where the first thought to go through the mind of a real estate developer is “Oh no, please not!” The effort appears too great, the building sins of past years and decades too numerous. Luckily in many cases this is just an initial reaction and in the framework of a detailed due diligence examination the economic and societal potential associated with the conversion of an existing building becomes apparent. Possible developer risks can also be eliminated thanks to specific analytical work, for as long as no fundamental aspects go undiscovered, even complex projects can fulfil high safety standards. Ultimately, the projects are often in established locations with solid infrastructure and a lively urbanity.

In the meantime the topic of conversion is firmly anchored in the mind-set of the 6B47 group of companies and supported by all the employees.

Thus 6B47 has also developed into the Austrian market leader in the conversion of real estate. And time and again we can see that the success more than justifies the effort involved. Here you can see an overview of selected projects and the results.

6B47 undertook its first major conversion project in 2012 with the “Alpha Tower” in Graz. A former hall of residence for students was converted into a modern high-rise block of flats with widely differing residential arrangements, from two-room apartments, through maisonette apartments with four rooms, to penthouses. The building still has some student apartments so as to ensure a good social intermix, however. 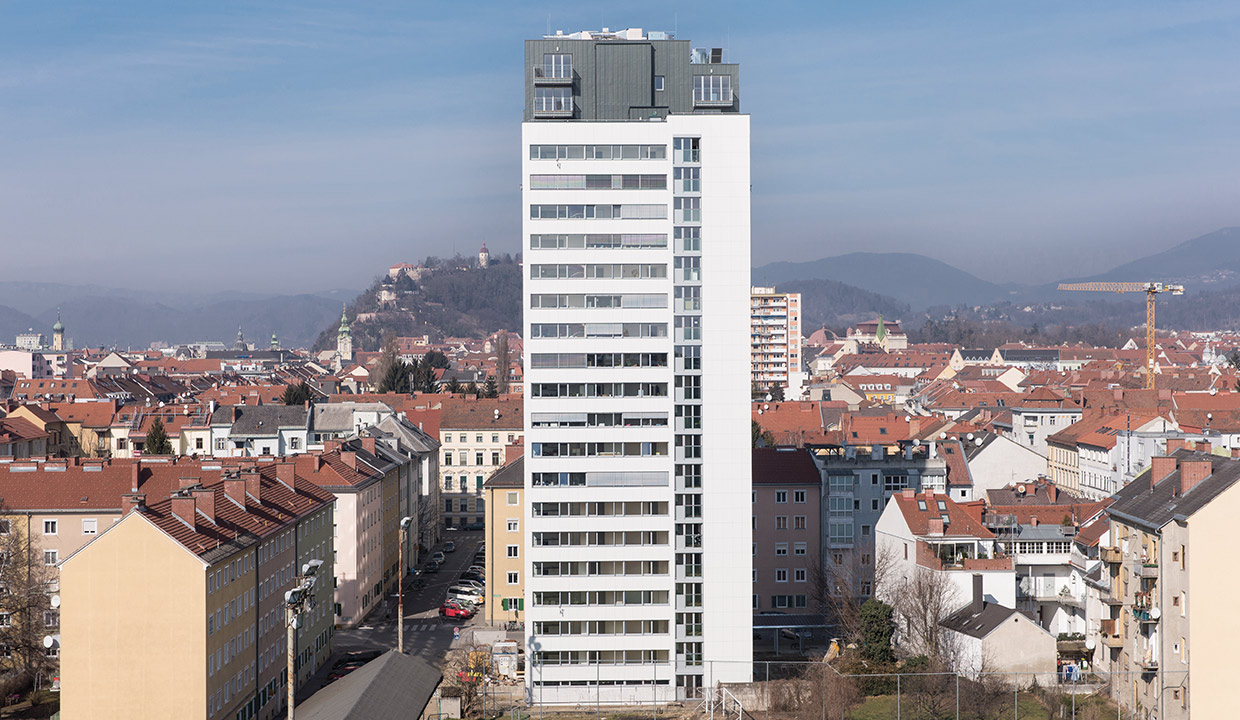 “FIFTY FOUR easy apartments” was a conversion project in Engerthstrasse and at the time it was a novel offering on Vienna’s residential real estate market. The apartments are characterised by a cleverly devised conversion concept to bring about a new atmosphere, with an office property being transformed into a modern, high-quality apartment building. The skilful usage of design elements in conjunction with customisable aspects in private apartments, all in combination with a hotel-like ambience, ensured these truly were “easy apartments”. 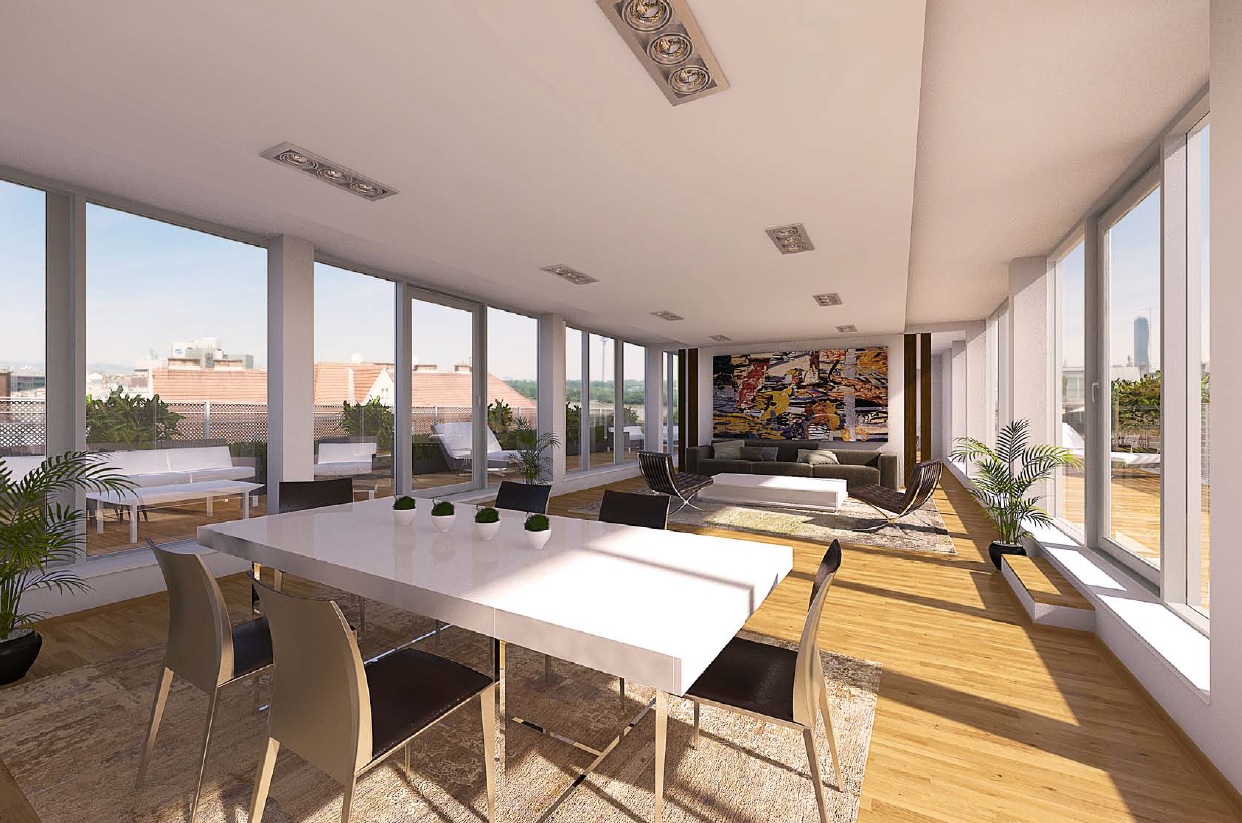 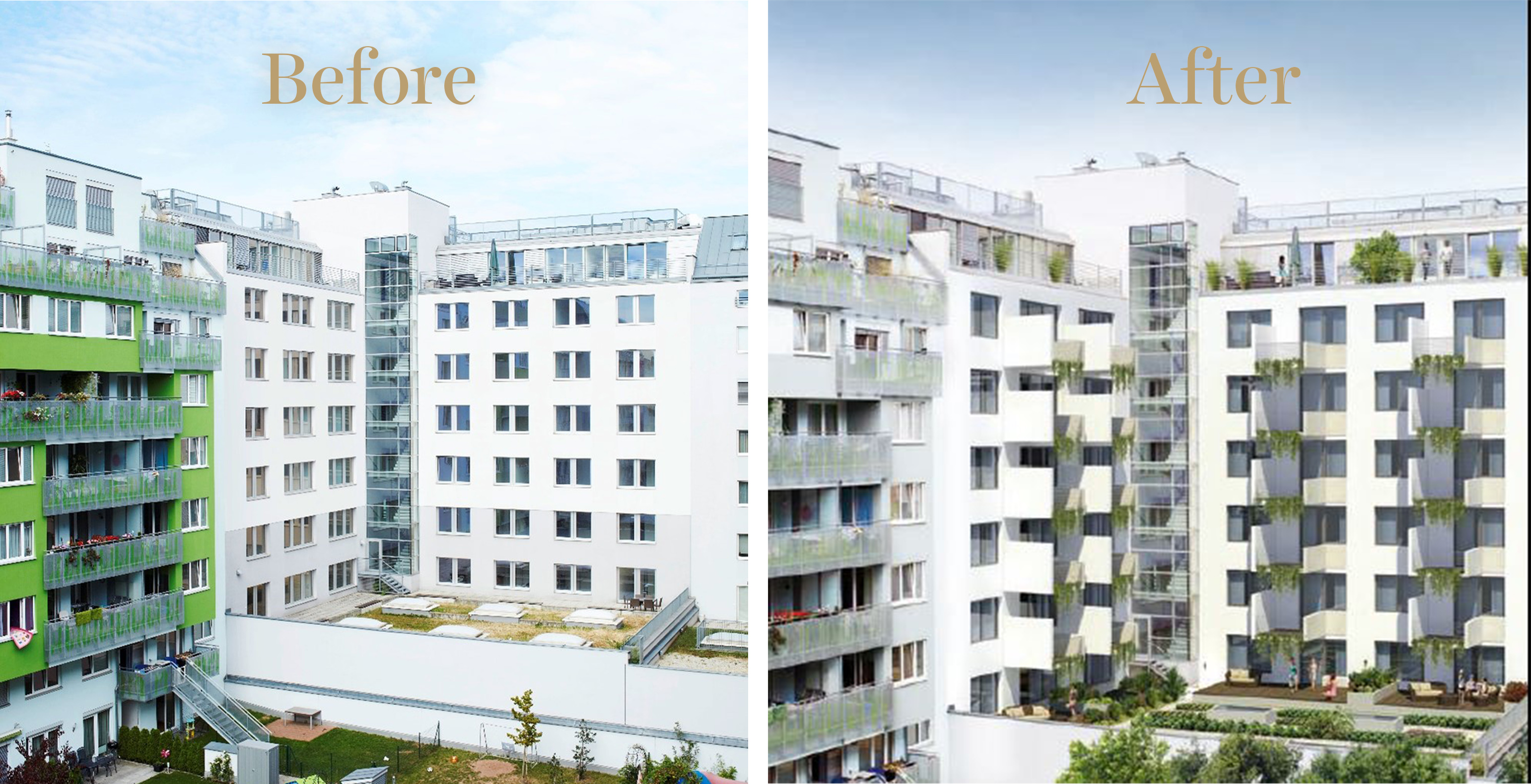 2013 to 2016: Immermannstrasse, Düsseldorf
In Düsseldorf’s Japanese district 6B47 fully gutted a somewhat older high-rise building, before reconstructing it and adding an additional storey. In addition, the type of use was changed – and ever since then the “me and all hotel düsseldorf” has attracted tourists and business travellers from all over the world thanks to its striking design. This state of affairs has undoubtedly been helped by the fact that the building ranks among the top 10 per cent of the most popular hotels worldwide on Tripadvisor. 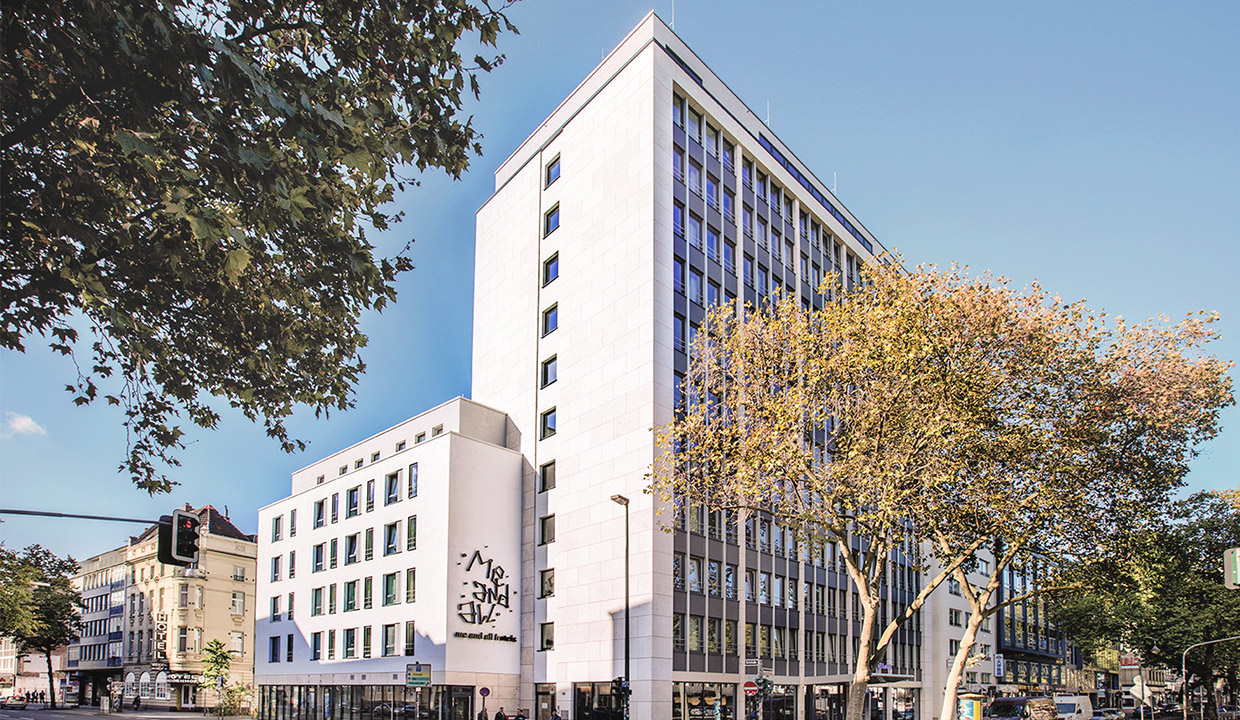 For a very long time the building in Vienna’s 10th municipal district, which had been designed by Karl Schwanzer in 1964, was considered a flagship office property for all of Vienna. But usage preferences change and the property could no longer be used in its original form. Whilst retaining the impressive façade, 6B47 – together with the Sans Souci Group – created an ensemble with 135 fully-furnished full-service apartments when it converted the building. In January 2021 the project was awarded the “FIABCI Prix d'Excellence” prize. 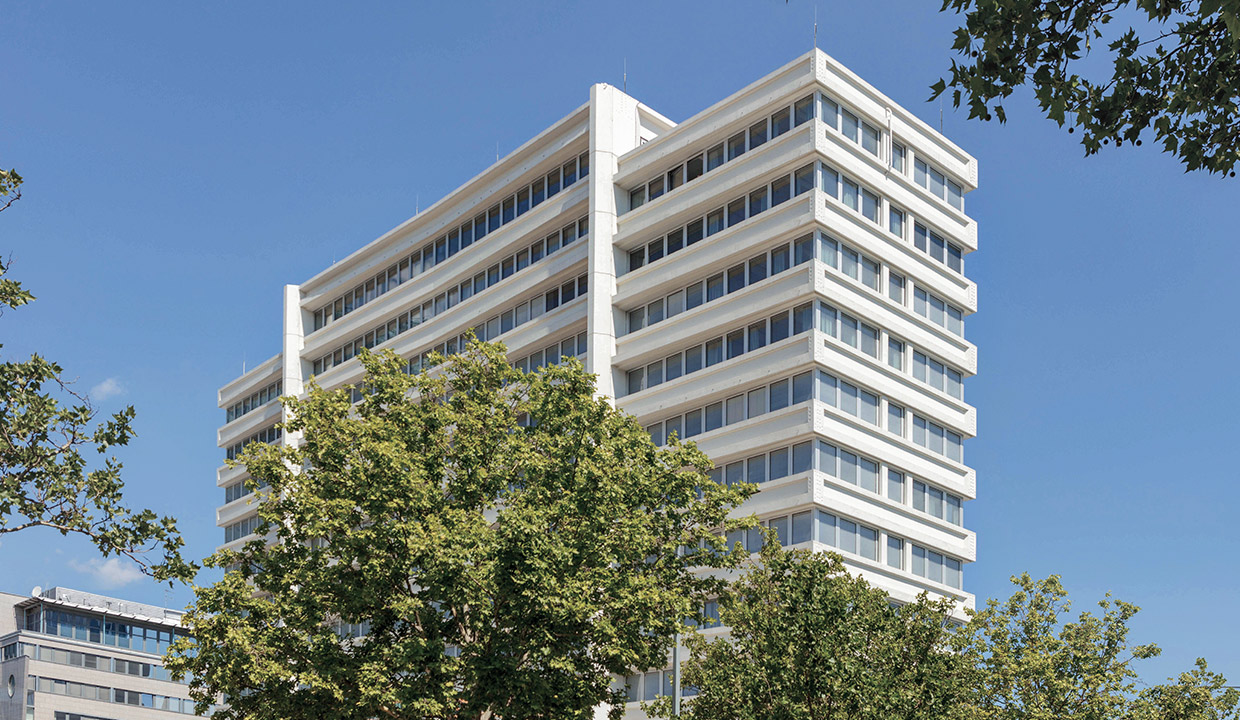 The biggest-ever city district project on the part of 6B47 began in 2014 with “Althan Park”. 237 modern apartments which had been integrated into the existing layout of the former postal service headquarters were created in Vienna’s 9th municipal district – thus ensuring that the historical fabric of the building was preserved to the greatest possible extent. With the “Lunch Atop” sculpture 6B47 also established an artistic landmark during the building work. 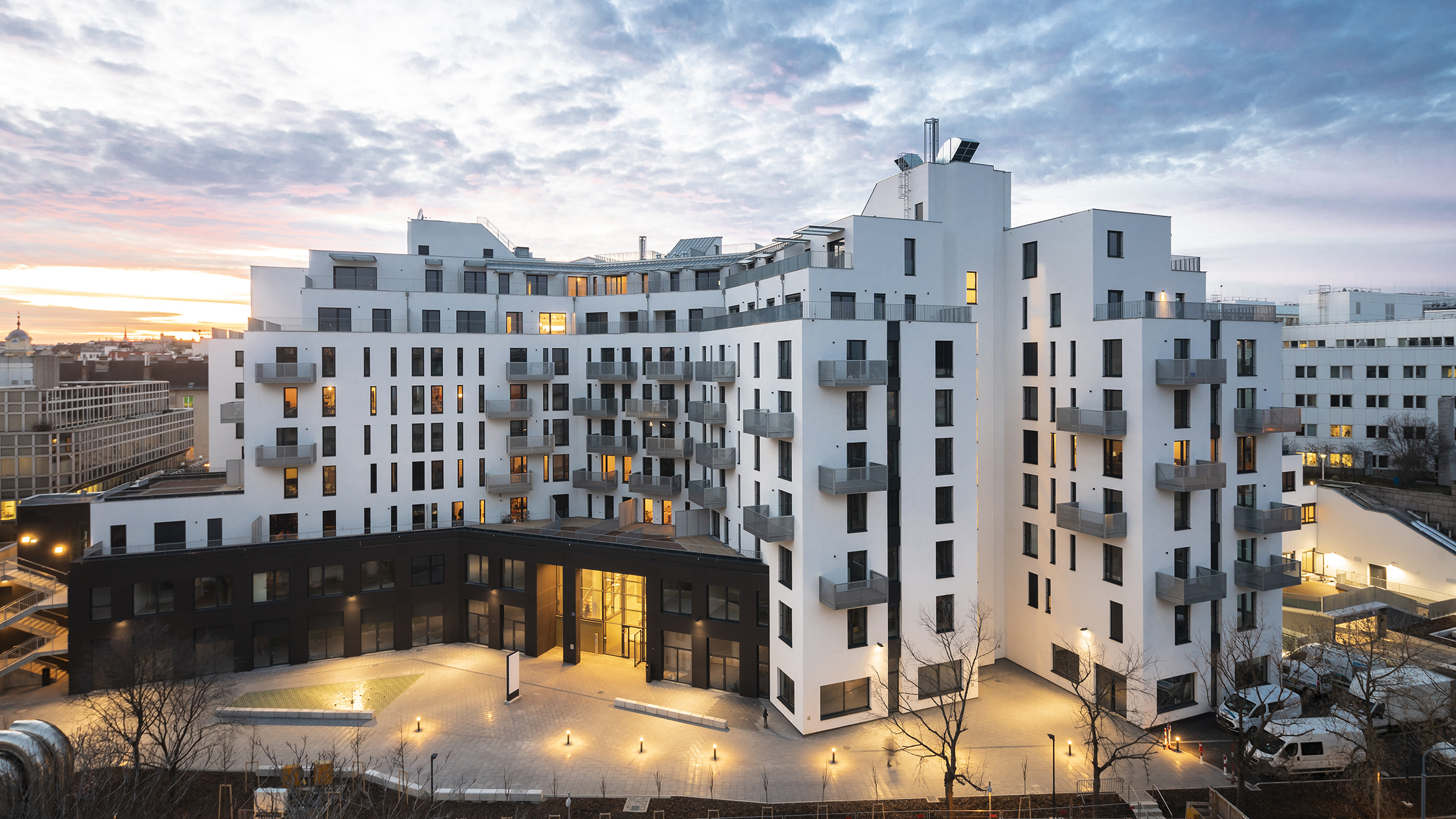 In 2015 6B47 acquired the area around Julius-Tandler-Platz in Vienna – in the immediate vicinity of “Althan Park”. Since then the old office and railway station complex has gradually been transformed into a modern city district. In addition to the office building “FRANCIS”, on which our current issue of “Investors’ Trends & Insights” is focusing, with the “JOSEPH” and “SOPHIE” buildings we are creating high-quality residential units, and in a fourth building a hotel and a garage. All in all it is the biggest conversion project by far in the history of 6B47. 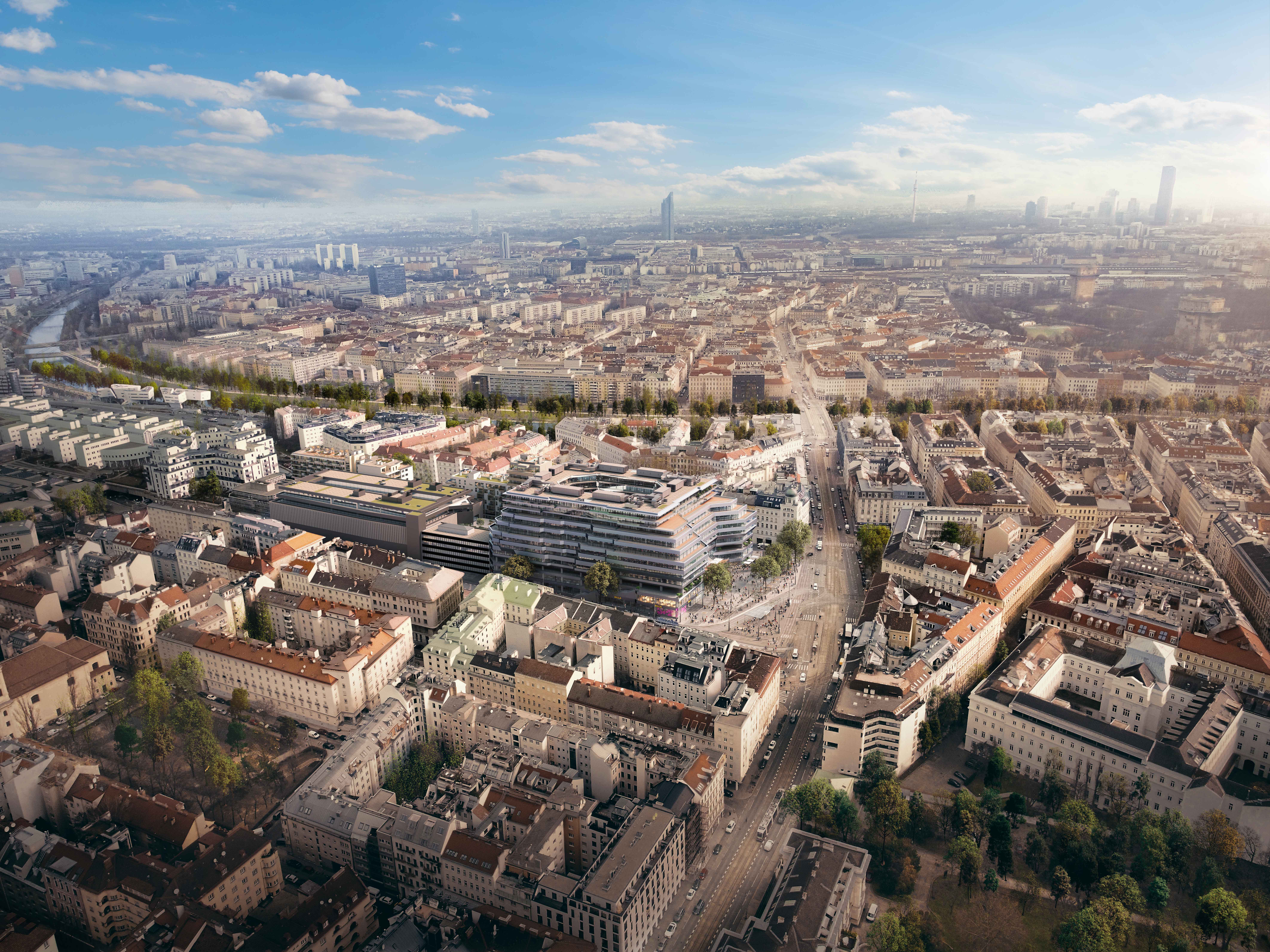 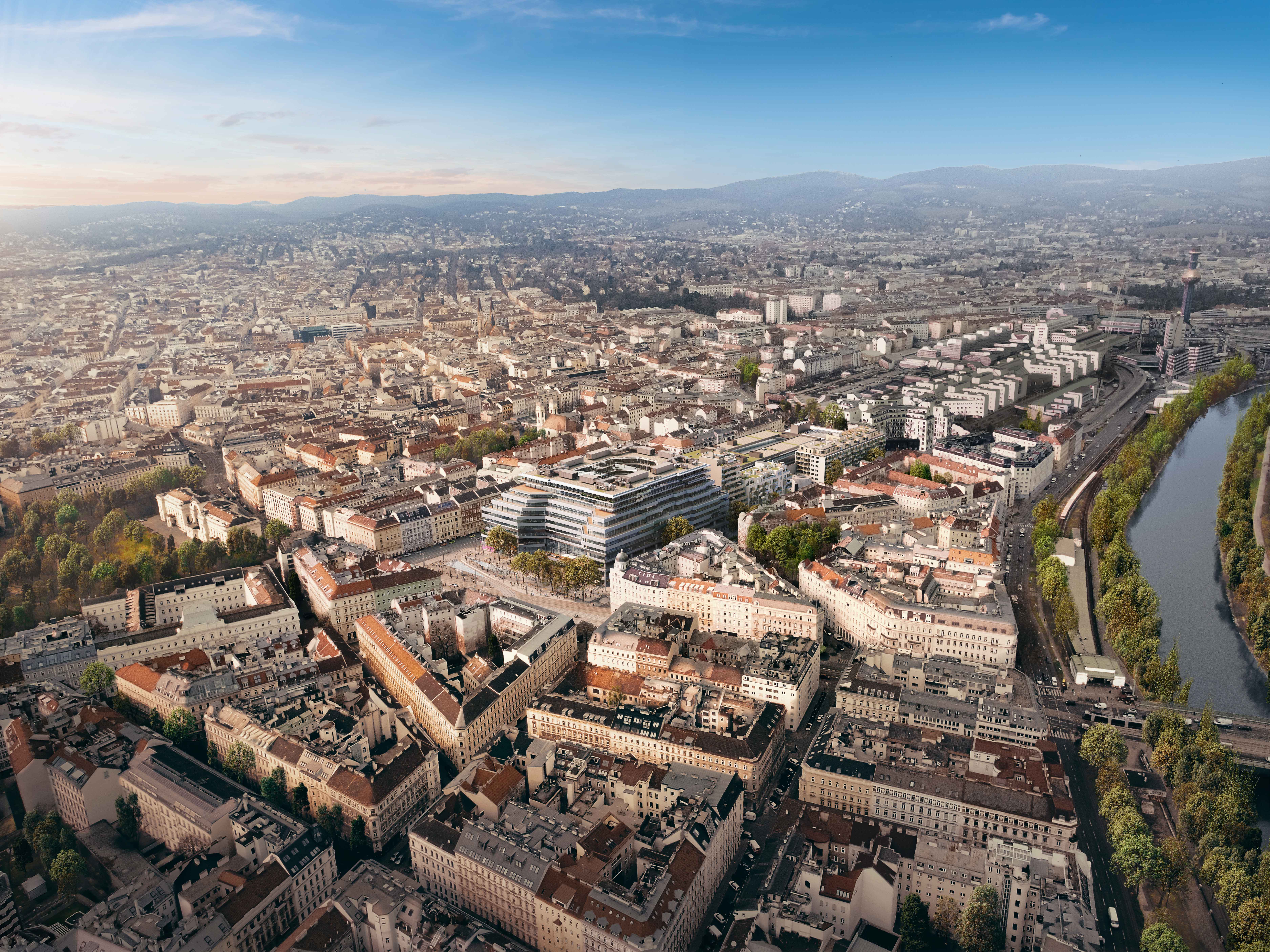 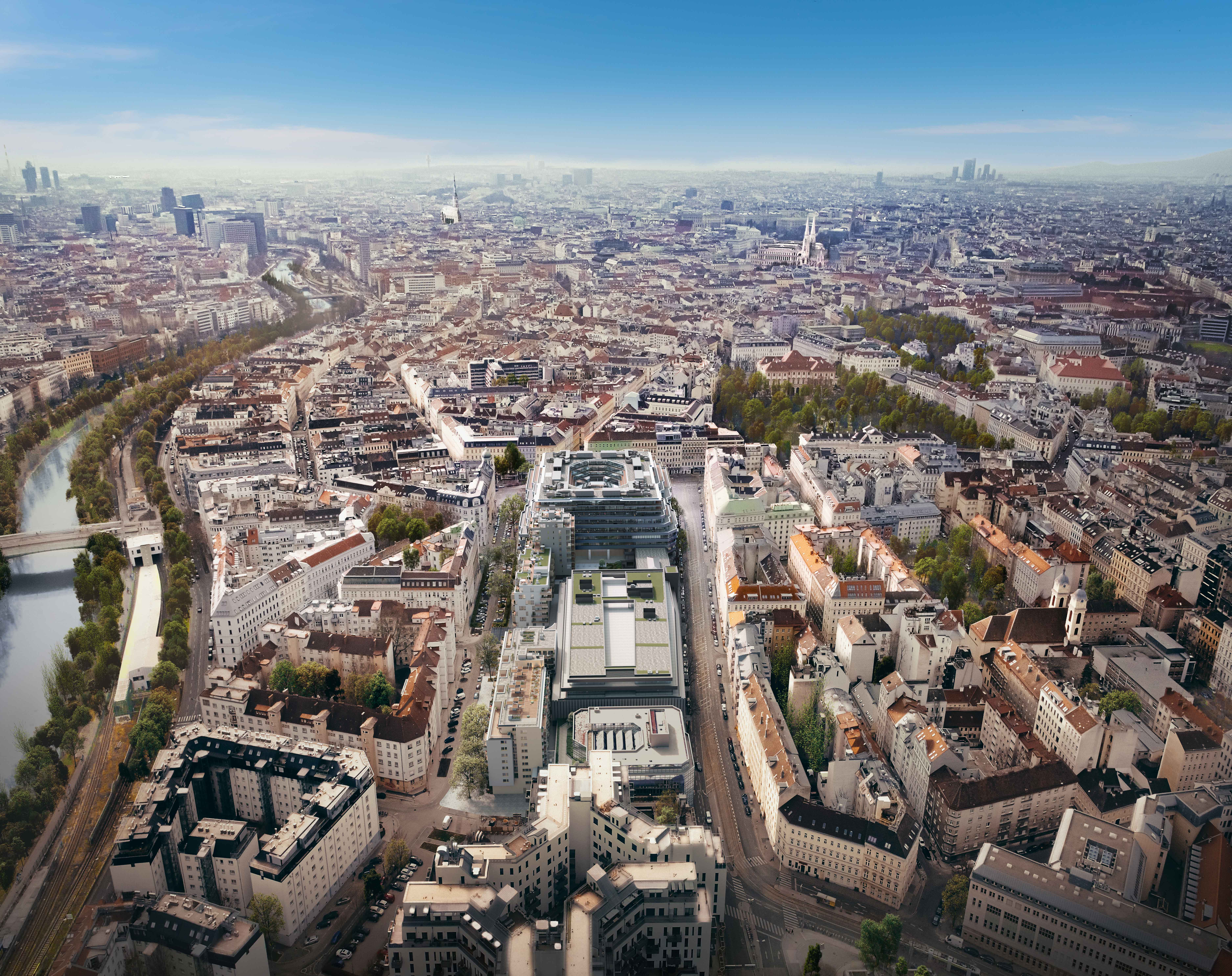 In Vienna’s 20th municipal district 6B47 conducted a further conversion of an existing office complex: the eight-storey office tower and the neighbouring four-storey office wing were repurposed as apartments and an additional storey was added to both buildings. The 6B47 development concept also encompassed redensification, with the effect that ultimately 384 apartments were created in four buildings. Areas for the retail food trade were developed on the ground floors and extensive green areas laid out in the outdoor space, meaning that the project has improved the quality of life in the district as a whole. 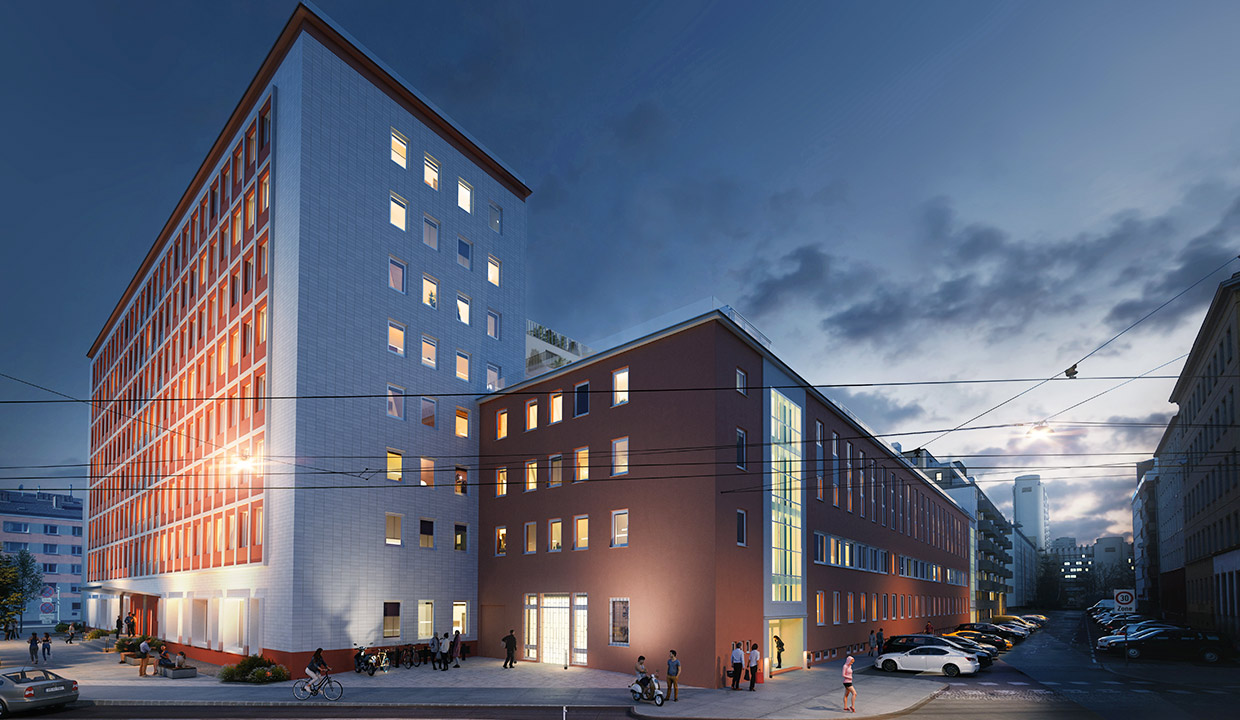